Lessons from the front lines

Lissandra Villa, ’16, reflects on her adventure through several renowned newsrooms and her takeaways from the recent presidential election.

As a 2016 graduate, I was part of the generation of journalists that experienced the 2016 presidential election as both a student and a professional. This gave me the opportunity to study the election from several vantage points—from covering the Iowa caucuses on assignments for my Greenlee classes and student publications to working in a handful of professional newsrooms. In the last year I’ve held internships with the Des Moines Register, Time magazine and NPR’s election desk, which led me to my current job as a general assignment reporter for BuzzFeed News.

If this election was anything for journalists, it was an exercise. It was a long, exhaustive review on the basics of journalism that covered everything from journalism ethics to best practices in the field.

One of the lessons reinforced by this cycle was that journalists should not speculate. It can be very easy when all signs point to a certain outcome to believe that it will happen. But to close the door to other possibilities violates the understanding that the press is not comprised of fortune tellers. 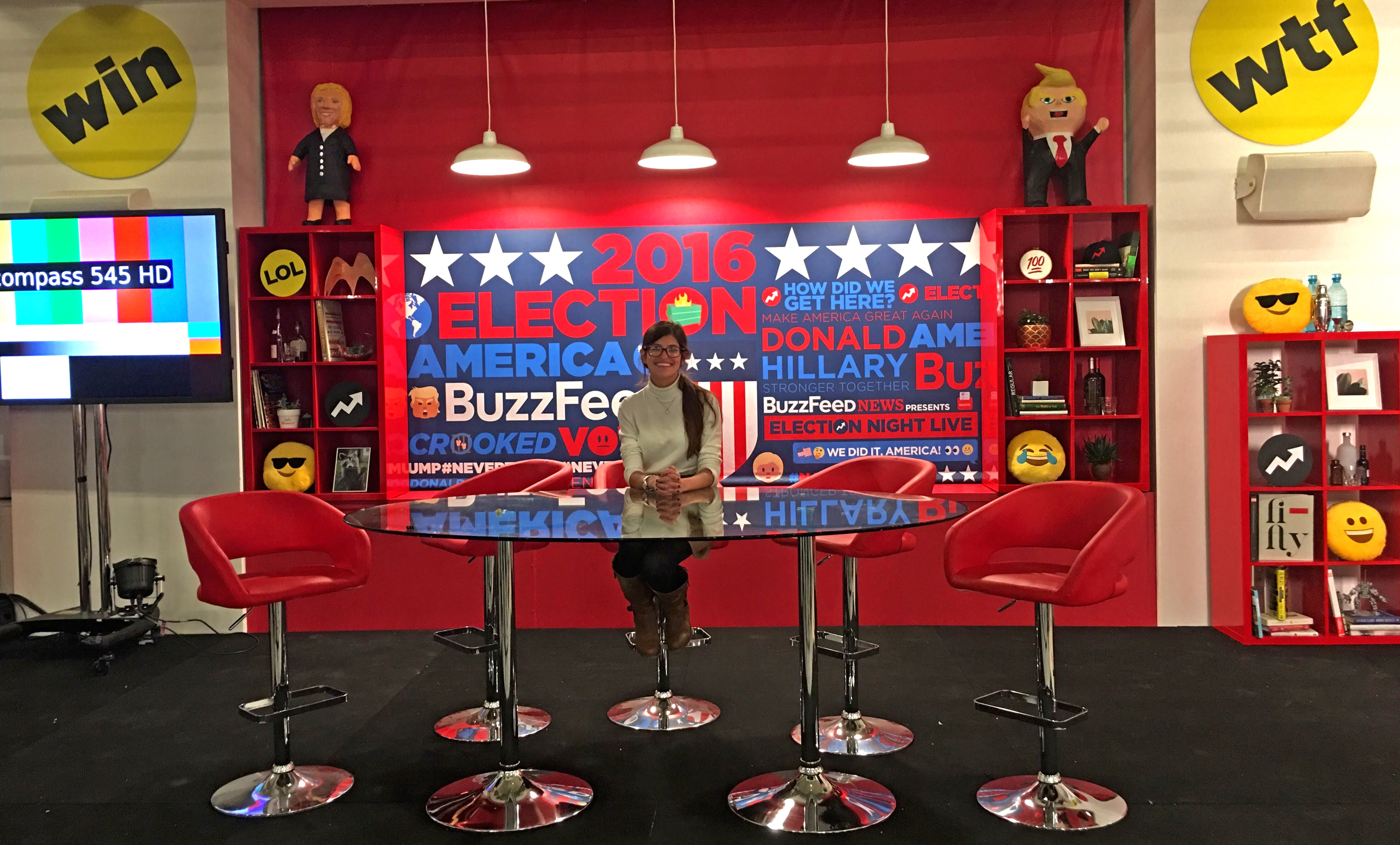 In this year’s election, I would be hard pressed to find a journalist who disagrees with me that as an industry, even if not individually, we began to operate under the assumption that Democratic nominee Hillary Clinton would be the one moving into the White House in January.

It was not even a sign of bias to believe such an outcome because the majority of indicators pointed to a Clinton win. An educated guess would have put money on those results. But, as this year showed, presidential elections are never done until the polls are closed, ballots are counted and the electors from the Electoral College cast their votes.

Since graduating in May, I have had the pleasure and good fortune of working alongside distinguished journalists who cover politics in my home state of Iowa and for national and international news outlets. Many of the issues we wrestled with were the real-life versions of conversations we had in my classes at the Greenlee School.

In one instance, I remember an editor refusing to allow the outlet to explore whether President-elect Donald Trump had any mental health issues. It was not something I had ever thought about before, but to this day it bothers me whenever I hear anyone make cavalier statements about his psychological health. A sensational piece is not worth shoddy journalism, and I am proud that a lot of the work journalists did throughout the 2016 election cycle respected that.

> If the last year was anything for journalists, regardless of their age, it was a reminder that the fundamentals of journalism never cease to matter because sometimes they are all we can depend on.

For all of the heat the press continues to take, it is worth noting that excellent journalism was also produced. We need not look far for examples of work that truly did a service for the public. How else would voters know that their president has been accused of sexually harassing women? And while Trump’s tax returns never were released, voters gained a lot of valuable information about how he has operated financially because of tireless work by dedicated journalists. Trump was a candidate who was thoroughly scrutinized, and, for various reasons, voters still chose him.

While for some people “thoroughly scrutinized” equates to excessive coverage, it is difficult to come up with some aspect of Trump that was not pursued. Whether voters read the articles or not, basically every lead reporters received on Trump was followed. And this is the part where “low energy” former Gov. Jeb Bush got separated from Trump—Trump knew how to play to the media, where other candidates did not. This election was a giant Post-It note with Henry Fairlie’s words written on it: “The media are the child of the public; the public then becomes the child of the media.”

This election has been a powerful reminder that there are forces in the world actively working to deceive the public. This has been a year that the boundaries of truth have been tested, and the conversations of what and how to report have had to take place with the understanding that the climate is set up for lies and fake news to proliferate. This is a conversation America will continue to struggle with because lies have real consequences.

It is right to be critical of the press, but it is wrong to not trust journalists. To not understand the difference between journalism and the rest of the media is a mistake the nation can ill-afford. Journalism is the public’s lifeline to the world. The rest of the media are what separate the two from each other. This election was evidence that the public needs truth-tellers more than ever.

It is our job, as journalists, to report facts objectively and tell all sides of each story. Only in practicing the basics of our profession can we regain the public’s confidence in our work.

Of course, I do not speak here for any particular newsroom. I can only speak from my experience as a new journalist at the beginning of my career. As I reflect on the election, I have no problem admitting that I still have guilt over ignoring fake news I scrolled past on my Facebook News Feed to avoid arguments. Perhaps it is our responsibility as citizens to confront such content every time we encounter it. It’s a burden which may feel massive considering how much of it exists, but a responsibility arguably worth undertaking to preserve the integrity of the information we share with each other.

The election of 2016 was a walk in the dark for many journalists, who were forced to take shaky steps forward without knowing the stability of the ground beneath them. As I’ve learned, if the last year was anything for journalists, regardless of their age, it was a reminder that the fundamentals of journalism never cease to matter because sometimes they are all we can depend on.